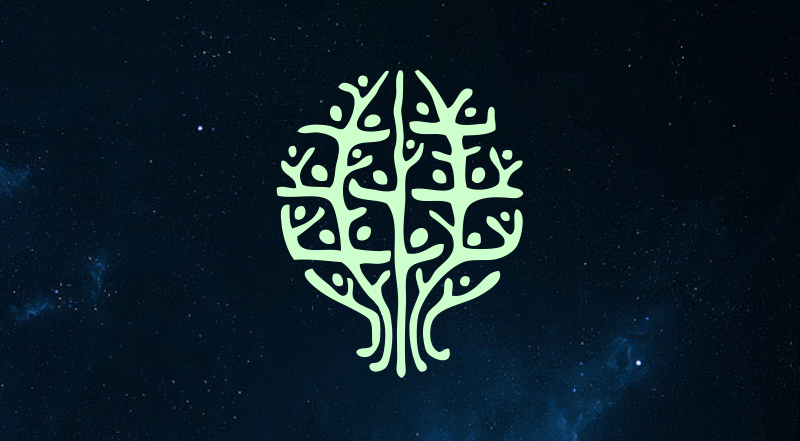 This is the symbol for Oneness.

The symbol is presented as a metaphor of us and the earth. It is a big organism and we are inseparable parts of it. The earth is also a part of an even bigger organism. It is like a tree with roots that extend to the vast cosmos.

Looking from another perspective, you can interpret the symbol as universal consciousness - a special experience that all of us share.

It is also a metaphor for the holistic mind and collective intelligence.

The purpose of the symbol is to visually explain the idea of Oneness, and to spread the message about this universal truth.

A human being is a part of the whole called by us universe, a part limited in time and space. He experiences himself, his thoughts and feelings as something separated from the rest, a kind of optical delusion of his consciousness. This delusion is a kind of prison for us, restricting us to our personal desires and to affection for a few persons nearest to us. Our task must be to free ourselves from this prison by widening our circle of compassion to embrace all living creatures and the whole of nature in its beauty. – Albert Einstein

An all-encompassing nature of Oneness

Everything is interconnected, all is one with the universe.

It is normal to see things as separate, but in fact, all things are closely interlinked. Even particles on a subatomic level interchange between human beings, between a human and a tree, a rock, and other surroundings. The skin and visual boundaries are just optical illusions.

The interconnections are not only physical but also psychological. If you take a good look at your mind, you'll see that it consists of influences from your parents, friends, teachers, culture. Any idea we have can be traced back to its root causes - to the point when it first appeared in our mind and then what external conditions and cultural influences created it.

We are all parts of one inseparable web of relationships.

All organisms and their inorganic surroundings on Earth are closely integrated to form a single and self-regulating complex system, maintaining the conditions for life on the planet. – Gaia Hypothesis

Oneness is the foundational truth as it represents the essence of reality. It is not a dogmatic belief and not a religion. Oneness can be observed by anyone willing and able to see through the illusion of separateness.

Origin of the symbol 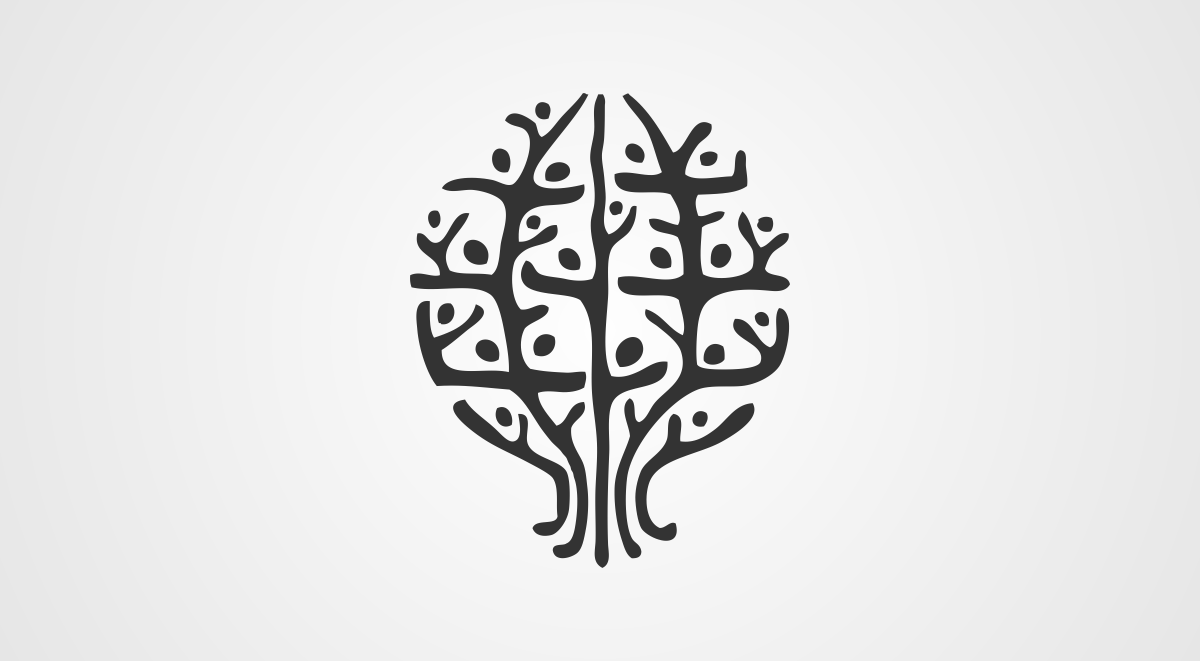 Oneness symbol was created in 2011-2013, as a part of the Radical Course project.

One early spring day, the idea for the symbol was visualized while being outdoors, experiencing Oneness of things and processes. The initial design was sketched on the ground covered in snow. Then using a computer, the rough sketch was quickly turned into graphic design. The symbol was then published on the internet for people to find and use it.

Because of a strong visual symbolism, and universal, relatively simple forms, the meaning of the symbol can be felt intuitively, even without the explanation. Just by looking at the symbol, a person from any culture can grasp the idea of Oneness.

While working on the Radical Course project, there were other options for what ideas to visualize. After a while, it became clear that the two ideas, Mindfulness and Oneness, can fully reflect the fundamental nature of reality.

Oneness encompasses all ideas about life, and through the idea of Oneness, everything else can be explained. While Oneness explains the reality as a whole, Mindfulness is for the reality we experience on an individual level.

Through Mindfulness, we can experience Oneness.

What I discovered after years of meditation practice is that when you immerse yourself fully in the moment, you start developing a much deeper awareness of what’s going on, right here, right now. And that awareness ultimately leads to a greater sense of oneness — the essence of teamwork. – Phil Jackson, Eleven Rings: The Soul of Success

Eckhart Tolle in his book, The Power of Now, both Mindfulness and Oneness links with the experience of consciousness. When we are mindful, we start seeing the interconnected nature of reality. When we become free from our ego, which is possible through Mindfulness, we start seeing and experiencing connections hidden from a typical everyday worldview.

The purpose of the symbol is to communicate the message about Oneness.

Oneness symbol is open-source and free to use. It can be creatively interpreted and used in different ways and different media.

You can find more pictures on our Tumblr page. Send us your pictures by email.